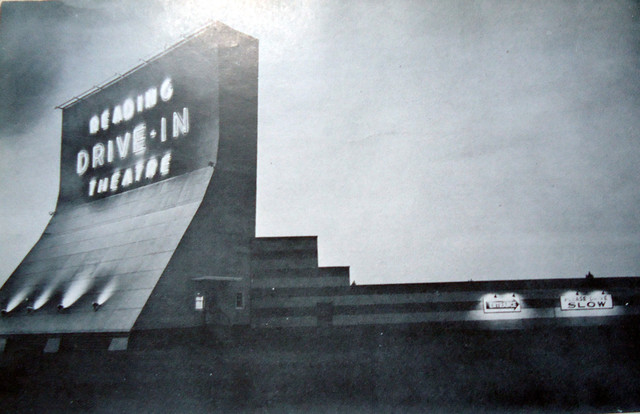 Wow…more incredible memories. We lived on the left as you are viewing this photo. Maybe by 150 yards or so. My dads office was in the screen tower. The lit window was the front door and the dark window was his office. It also housed storage for the theater itself as well as for the concession stand. In the summer, I was typically ‘on call’ to help unload the trucks delivering stuff like big bags of popcorn kernels, 5 gallon buckets of popcorn oil, bags of salt, boxes of candy, etc. I can almost smell it all:–) And this was probably back in about 1963. I worked there from about ‘63 until '69 when I graduated from high school and went to college. Also, this is the view my mom and sisters would see twice a week, when the four of us would grab our 'blankies’ and trudge through the field and across the entry road to were my dad would park the car, a 1950 Chevy (for awhile), next to the concession stand. We were always treated to a food carrier filled with popcorn (sometimes with butter), and a pitcher of either Coke or Birch Beer. And if we were really lucky, he would bring out a carrier filled with french fries:–) But that was rare. Thansk for posting the photo.