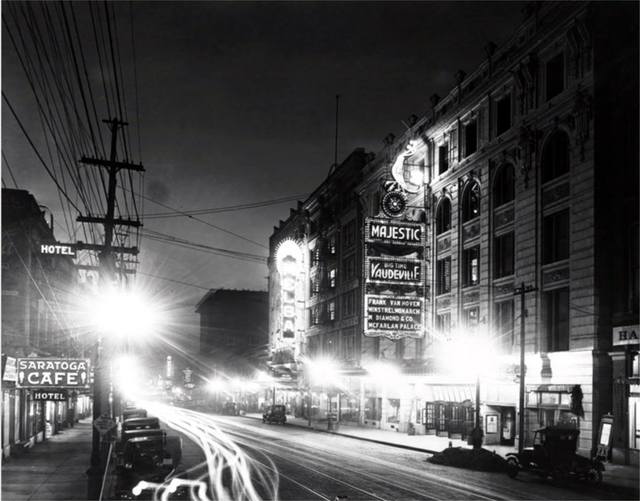 The Majestic Theatre was on Dallas' Theater Row, on Elm Street west of Deep Ellum. In 1925, the Majestic presented vaudeville shows and films.

During the years of racial segregation, African Americans sometimes mocked the strip as the “great white way.” They were permitted to attend shows at the majestic, but only by sitting in a high balcony known as the “buzzard roost.”