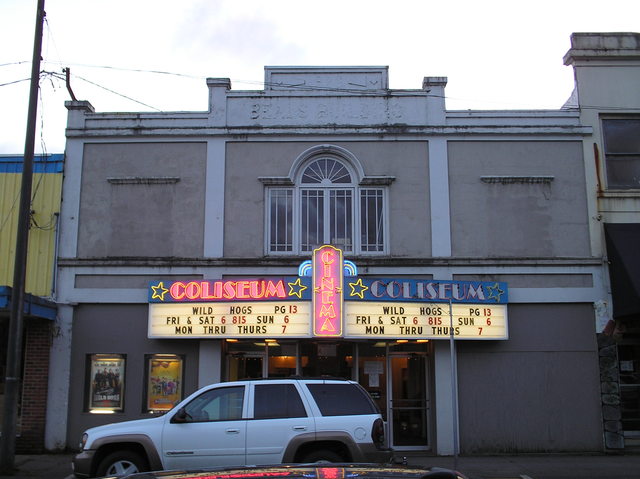 Facade of the rather optimistically-named Coliseum. We were welcomed by the youthful staff to come into the lobby, but not the auditorium, as a show was in progress. One young lady apologized profusely for the fact that the North side of the marquee’s neon was out. She explained that they had relied on a neon man from Astoria, but he was no longer available, so they were hoping to get someone from Portland to come down and service the neon. 2007.