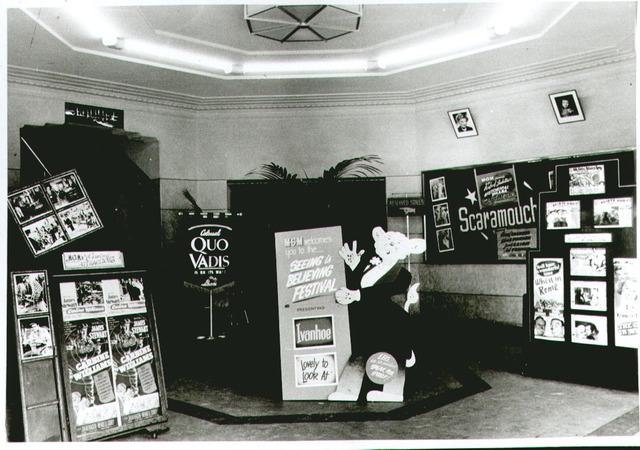 Photo (Courtesy of Roy Mudge). The occasion is an MGM Trade Day held at the Regal Theatre during 1951. The foyer has been decorated with coming soon banners & displays including Ivanhoe & Scaramouche which were due for release in 1952 - Contributed by Greg Lynch -