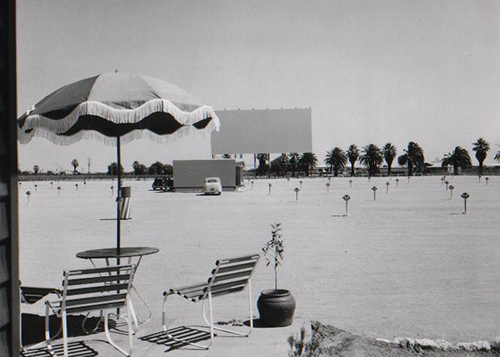 Hoyts 16th Street Drive-in opened in 1958, four years after Australia had seen its first drive-in open – the Skyline in the Melbourne suburb of Burwood. Hoyts 16th Street was the first of two drive-in cinemas in Mildura, the second, called Crossroads, opened just a block away a few years later.

Surrounded by palm trees and orange groves, Hoyts 16th Street was very much a tropical drive-in. It was situated on 16th Street on the corner with Deakin Avenue, in a location that was still quite rural at the time and looking very different than it does today, the large cinema screen would have no doubt dominated the skyline of the surrounding landscape – Contributed by Geg Lynch –