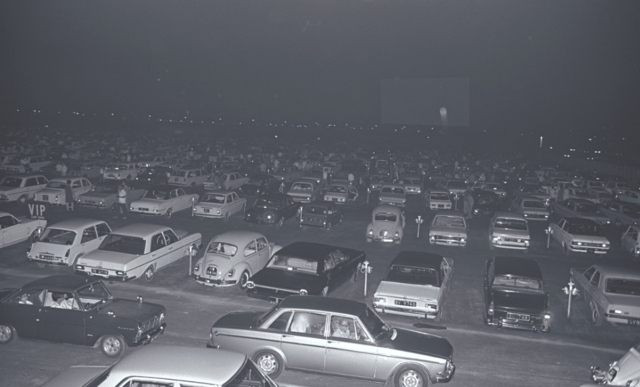 The former Jurong Drive-In Cinema, ran by Cathay Organisation, was the first and only open-air drive-in theatre in Singapore. The cinema opened in 1971 and was a hit with young adults and couples.

The cinema could accommodate some 900 cars and 300 people in the gallery in front of the elevated, tilted screen. Cathay ran screenings at 7pm and 9.30pm each day, and movie soundtracks were played over 899 standing speakers, as well as through the individual speakers attached to each car.

By 1980s, attendances had dwindled. Poor sound system, unruly audience and gatecrashers contributed to the decline of the cinema. The widespread availability of pirated videotapes also contributed to the cinema’s eventual closure on 30 September 1985. The former cinema grounds were later occupied by the Fairway Club - Contributed by Greg Lynch -