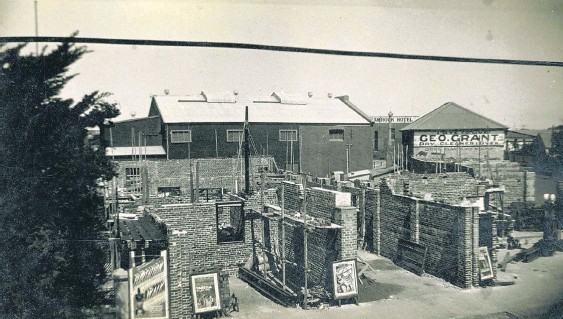 Radio Pictures, in the old King’s Theatre, prospered sufficiently for Alfred Wheat to decide it was time for new premises. He persuaded the trustees of the T.G.Kitching Estate (which owned the land on which both the old and new theatres stood) to include a cinema in a major development on the north-east corner of the intersection of Fitzgerald St and Marine Terrace:

The new block of buildings with its two storied frontage, finished in plaster, presents an attractive appearance. It comprises the theatre, a service station, motor show rooms, and two shops, whilst on the upper storey there are four modern flats – Contributed by Greg Lynch –