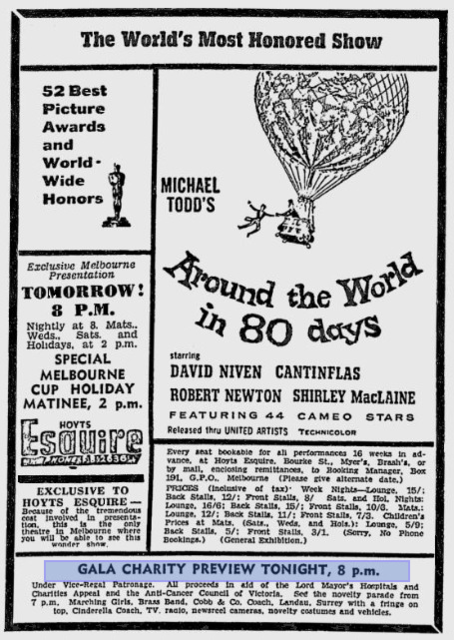 After several decades as a venue for lesser attractions, the De-Luxe – by then Hoyts Esquire - was given new life as a major roadshow house in the 1950s. With dubious claims of great installation expense, “Around the World in 80 Days” premiered 31st October 1957. Although photographed in 70mm, it was presented in a 35mm CinemaScope variant devised by Todd, known – but not advertised - as Cinestage.