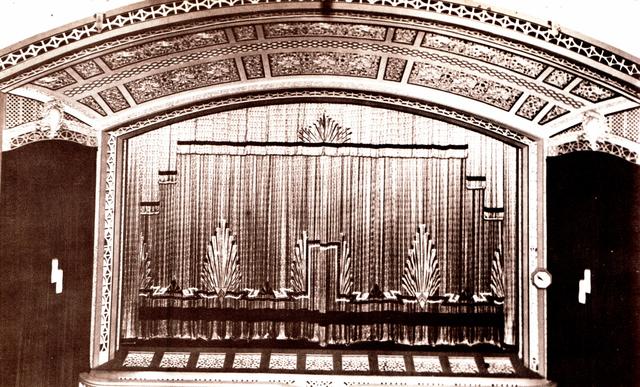 The Wintergarden theatre in Queen Street, Brisbane (Queensland’s capital), built in 1924, was the city’s most lavish theatre until the nearby Regent was built in 1929. There were 9 other theatres of note in Brisbane at the time, some being “picture theatres”, others producing variety shows, opera, plays and musical comedy.

The Wintergarden opened on 1st August 1924 with seating accommodation of 2108. Originally ventilated by large openings with roller shutters, by 1930 the theatre had a most efficient air conditioning system. The theatre also had a complicated electrical system with automatic dimmers that produced spectacular lighting displays on the walls, ceiling and proscenium of the auditorium, but by 1935 this had been dismantled leaving only a few of the coloured lighting effects operated by manual dimmers.

In 1939 a complete remodelling took place with new murals by Byron Maunsell. There were further changes to the proscenium & curtains through the years to cater for technical innovations. Use as a cinema continued until late 1973, at a time after that the building being used as storage for equipment from the Regent which was being rebuilt. The theatre was demolished in 1981 although the site retains the name Wintergarden Centre. – Notes by Rod Blackmore.