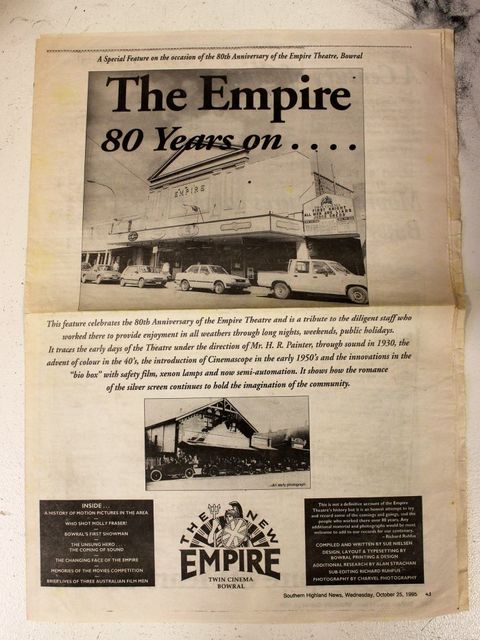 Built by local businessman W.W. Arnett the Empire Picture Theatre opened on 14 September 1915 under the lessee-ship of W.J. Painter. The two-tiered auditorium could seat 946 patrons for films, theatricals and concerts (on collapsible wooden chairs), while also being able to operate as a roller skating rink as well as a venue for community events such as balls and pageants. Variety acts were often engaged for film screenings and occasionally management would present an entire week or season of live entertainment. Norman Croft’s Gallipoli Strollers (1924) and Charles Allan’s Surprise Party (1928) are two troupes linked to the Empire.

In 1973 the stalls were removed to accommodate shops and office space. A new cinema auditorium was formed from the old dress circle and seating reduced to 350 seats. Twenty years later the Empire was converted to a modern twin cinema.