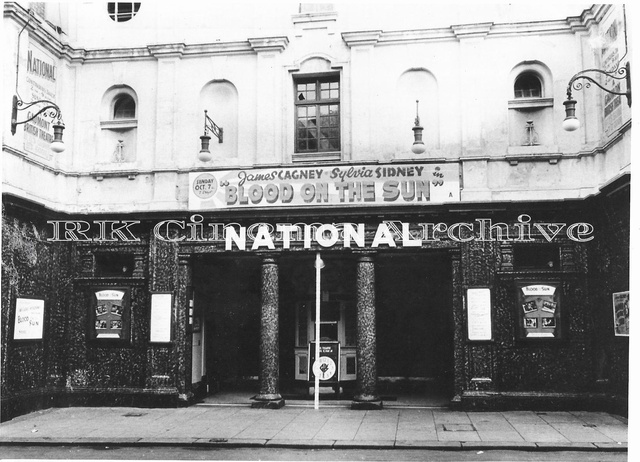 An original photograph taken in October 1946. Looking a bit down on its luck was due to the War which only ended the previous year, so paint and glazing were still under building license. On the first level either side, a board advertises this as a ‘Gaumont British Theatre’. The buildings centre and right wing remain, however, the left side has been demolished and all windows save one blocked in.