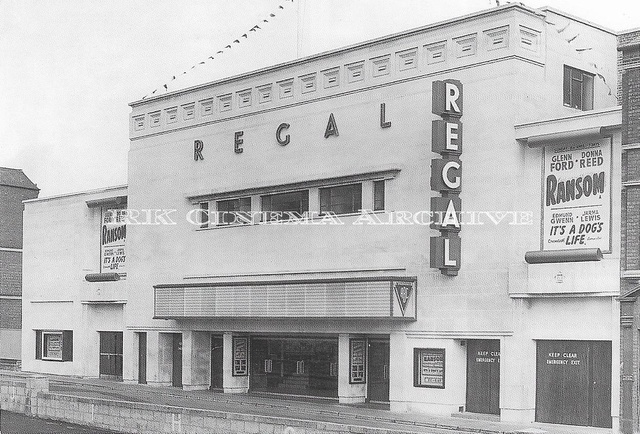 This photograph shows the Regal several weeks prior to opening. There is no film displayed yet on the entrance canopy and the film advertised on the poster boards was pulled and replaced by ‘Now and Forever’ staring Janette Scott who also appeared on stage at the opening ceremony. Ransom with Glen Ford, which came out in January 1956 was considered too old to be shown at a March opening of a new cinema.