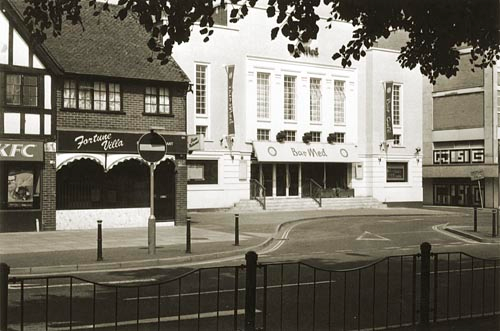 Embassy Cinema, Crawley (c.2003). The cinema opened in 1938 directly opposite The Punch Bowle (also known as the Punch Bowl). The Embassy changed to a three screen cinema in the 1980s and closed in the 1990s. Now, as we see in this photograph, it has become the location for ‘Bar Med’.