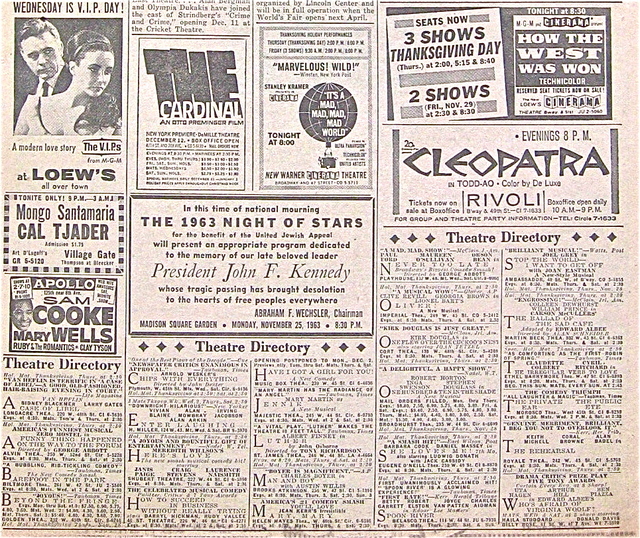 Saw THE SOUND OF MUSIC at the beautiful Rivoli. In Todd-AO. A few years later, the premiere of the 70MM version of GONE WITH THE WIND, a film that should never have been blown up to 70MM. Clark Gable’s forehead was cut out of many of the scenes!