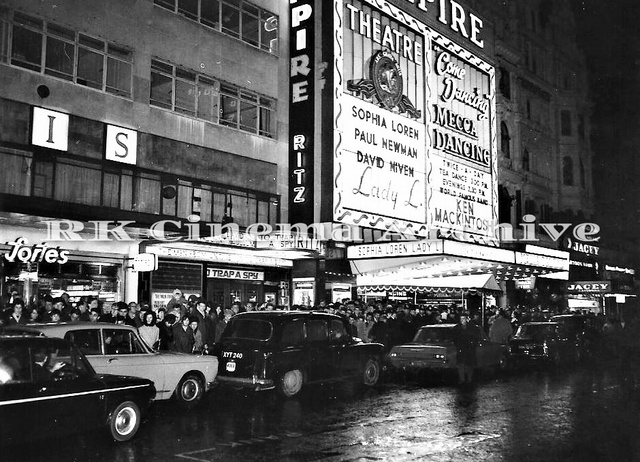 The world Premier of “Lady L” was screened at the Empire on 25th November 1965. We still have the queues, however, the winds of change are coming. Mecca has purchased the site and relegated the once mighty lion to share, not only the front display but also a reduced auditorium. The side lettering is starting to go out. I remember going into this new auditorium once and found that when there was a quiet moment in the film, music from the Mecca dance hall below was filtering into the auditorium. I never returned.