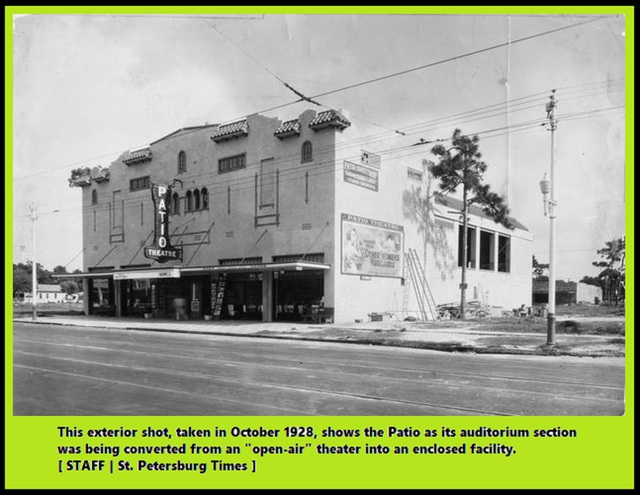 The interior was decorated like a Spanish palace. When owners enclosed the space in 1928, they painted clouds on the roof and added lights that looked like stars.

Over the years, the name and form would change. There were movies. Plays. Burlesque performances. By the 30s, the Patio become the Reno. Daily motion pictures continued, but Thursday nights were reserved for wrestling and boxing matches. The Reno would go on to be known as the Ritz.

By the 50s, the grand historic building had become the Playhouse. Family-friendly features continued to be shown there. But by the late 60s, it had become a grimy adult theater that showed pornographic films on what had turned into one of St. Petersburg’s seediest streets.