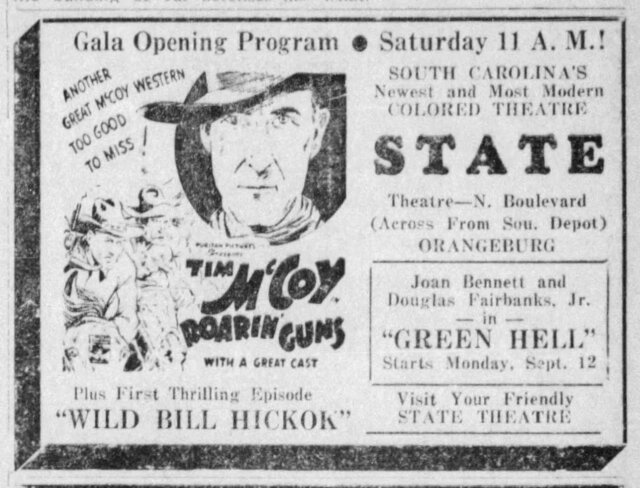 This ad was published in the Orangeburg Times and Democrat newspaper on Saturday, September 14, 1940 announcing the grand opening of the State Theatre. Both of the features were westerns. Note there is a typo announcing the start of “Green Hell” on the following Monday, September 12, which should have been September 16. This was the only add published in the white newspaper, the Times and Democrat throuout the State Theatre’s existence, from 1940-1960.