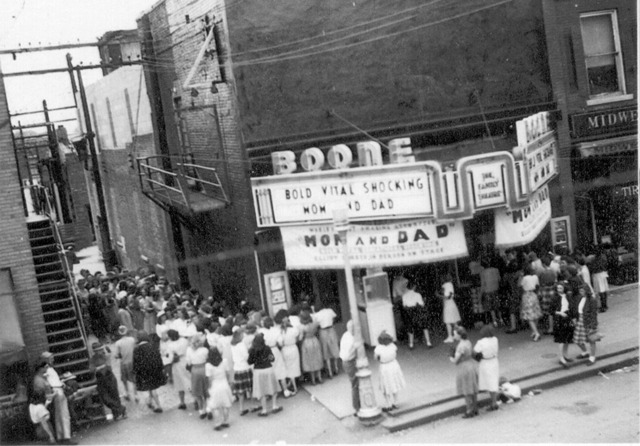 This shot of the theatre was commissioned by Rex P. Barrett part owner with Commonwealth Amusement Co. The movie “Mom and Dad” was produced by Kroger Babb at the Monogram Pictures lots in late 1944. It was premiered in January 1945. It would have reached Columbia and the Boone Theatre a few weeks later.