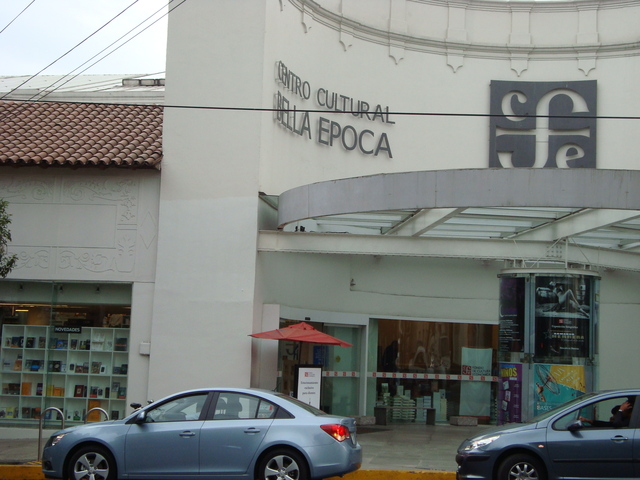 On February 23, 1999, our then “brand new” head of the DF Government, Cuauhtémoc Cárdenas, acquired the Futurama, Paris and stoned Bella Época cinemas for 90 million pesos (the latter, the most devalued and cheapest of the package, with an average cost for its facilities of just over eleven million pesos) in order to promote Mexican cinema, through a company called Cinemas Nueva Opción, made up of producers and actors related to cinema. The supposed initiative (promoted to the four winds during a taquiza duo by the much better actress than Senator Maria Rojo and by Chayito Robles) was to divide these spaces into 26 cinemas, which would only be used for the projection of national films Classic and recently released (oh, aha…), chimerical project which, (obviously) never crystallized. The Bella Epoca continued to accumulate dust, garbage, cobwebs and graffiti outside, until the Fondo de Cultura Económica (of which, it must be said, most of its books and other publications are not at all economic) acquired the site on September 11, 2003, paying for the little joke the amount of 33.3 million pesos to the bastards of the Federal District government, who although they were never interested in remodeling or doing something to safeguard the place, at the end of the day and pa ‘ not to vary, they knew how to do a good business with the sale of the property at triple its original price.