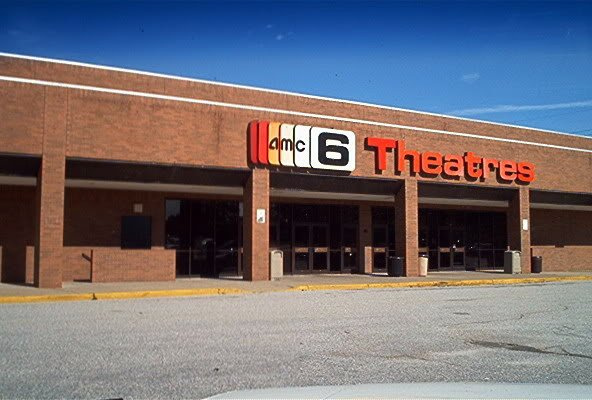 When the theater closed, July 28, 2002, I was sad when I had to call a sign-company to remove the “AMC” letters (the rest of the sinage remained until the building was demolished to make way for Best Buy).

Note that when the Outers were built, the AMC letters were not originally present. They were added sometime later as I was told.