1948 Air Base Drive-In Article from the Florida Times Union 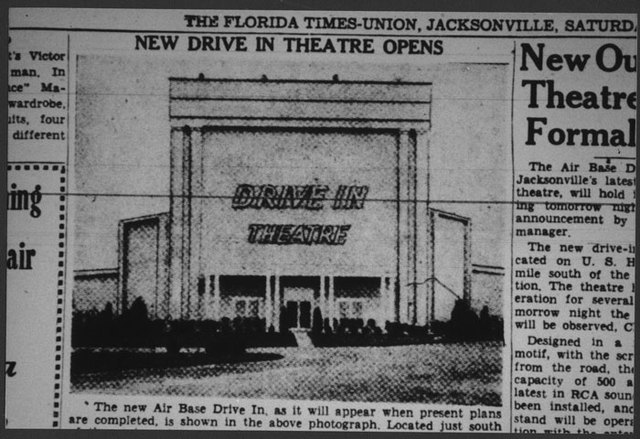 The new drive-in theatre is located on U.S. Highway 17, one mile south of the Naval Air Station. The theatre has been in operation for several weeks, but tomorrow night the formal opening will be observed. Clarkson said.

Designed in a modern colonial motif, with the screen facing away from the road, the theatre has a capacity of 300 automobiles. The latest in RCA sound equipment has been installed, and a refreshment stand will be operated in conjunction with the enterprise. Plans call for extensive landscaping to be complete d soon, making the theatre one of the most beautiful in the South…

The theatre will feature current releases of the major film studios.

Scheduled for tomorrow night’s performance is “It Happened In New Orleans,” with Charles Butterworh and Rochester."