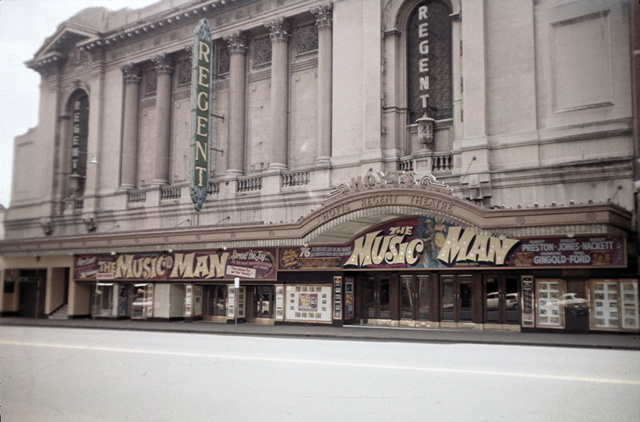 Because of the shallow site, the foyers were restricted in depth compared with those of sister Regents in other cities, and they extended along the whole width of the theatre. Centrally located near St. Andrew’s Cathedral and the Town Hall, trams and an underground railway station, the theatre was ideally positioned in the heart of Sydney.

The Regent entrance lobby and stairs to the circle foyer are right - beside the auditorium. “The Music Man” was one of several musicals Warner Brothers released in 35mm Technirama at this time. It opened 20th December 1962 for an exclusive seven week run at the Regent. The distributor upgraded to 70mm presentation for its later big musicals: “My Fair Lady”, “Camelot” and “Finian’s Rainbow” all played at the Century theater across the road.