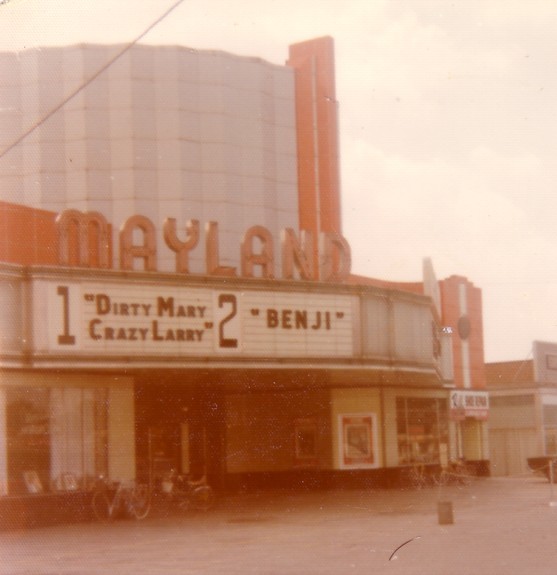 Although a General Cinema house since 1971 and the interior renovated to the GCC style of the time, the city of Mayfield Heights would not allow the neon MAYLAND letters on top of the marquee to be changed to GCC’s usual serif-style CINEMA letters. They could be removed but not replaced. The city had recently adopted a radically restrictive sign code, and the city officials at the time were totally inflexible (even Frank Russo, imagine that! [local humor]).