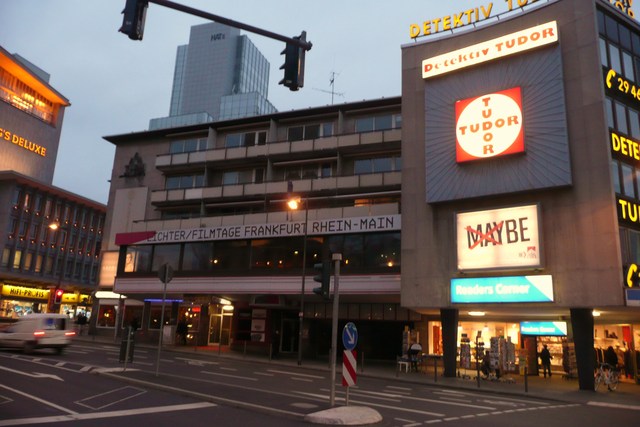 The Turmpalast is still standing in February 2012, two years after it’s closure. However the next block on the right has been demolished, awaiting a new office development, so this 1950’s building cannot last too much longer.

It is disappointing it closed, it had 7 screens all showing English language films. However it was very run down - the screens were torn, seats broken, the smaller screens had been awkwardly inserted. It undoubtedly deserved to be called a “fleapit”.

Cinestar opened the prestigious Metropolis 12 screen multiplex across the road in 1998 - an impressive undertaking, inserted into the shell of an existing building. That now shows a few English language films. It is a far better movie going experience than the Turmpalast, however you don’t get the choice you did.