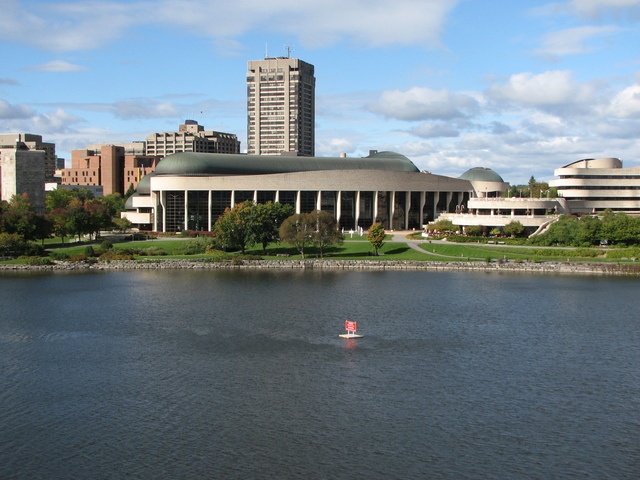 The Canadian Museum of Civilization in Gatineau, QC has both an IMAX theatre and a second theatre, which is one of the last theatres in Canada capable of projecting 5-perf 70mm prints. In fact, this photo was taken during the “1st Annual” 70mm film festival held there in September 2010 by the Lost Dominion Film Collective. Photo taken by me, Andrew C.