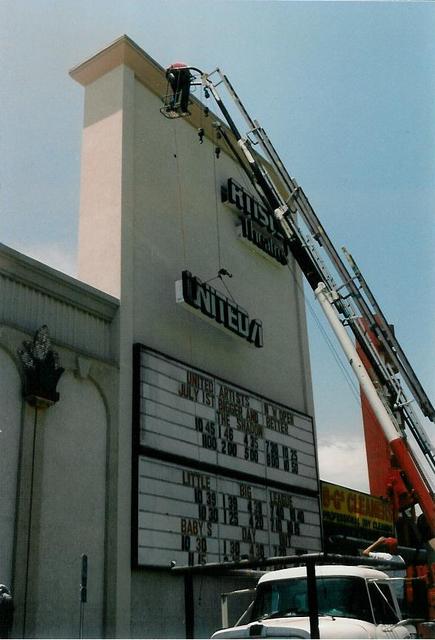 A January 1994 Northridge earthquake registered 6.7 on the Richter scale, killed over 50 people, injured over 8000, and caused an estimated $20 billion in damages. The UA Valley Plaza 6 took some major hits, but was deemed repairable. The theatre reopened on July 1; these shots were taken a few days later as the signage was being re-hung.