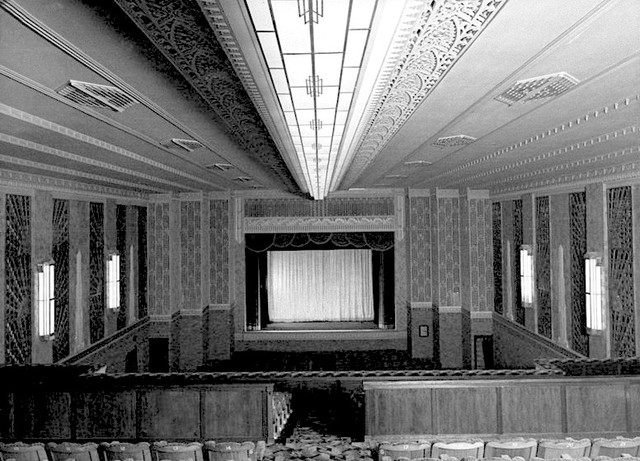 As the Astor auditorium looked 1936-54. A new proscenium was constructed for a wider screen in 1954, which was further altered when reconstruction took place in 1966. The theatre initially closed 30th May 1984, but re-opened briefly a few weeks later – 19th July to 8th September, after which it was sold and gutted for retail use.