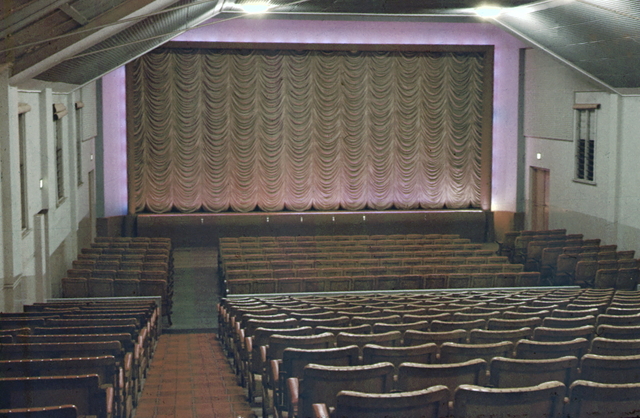 The second, with that at Brighton, of the two Windsor theatres that are still open, this theatre has the same screening policy of quality recent or contemporary films shown as a double bill at affordable admission charges. This is a policy of the cinema enthusiast partnership which has owned the circuit for many years. Under them, or the previous ownership of the Cunew family, there have been other Windsor theatres in St. Morris, Hilton, Aldgate, Magill and Hindmarsh. For a time Bruce Cunew also operated the Piccadilly in North Adelaide after Greater Union ceased operation there. Of the others, only St. Morris and Hilton were purpose built cinemas. The ‘waterfall’ drop curtain is said to have been cut down from the original main curtain of the Adelaide Regent. I can certainly remember having seen and marvelled at the play of coloured light on one like it in the Regent as a child in the mid 30s.