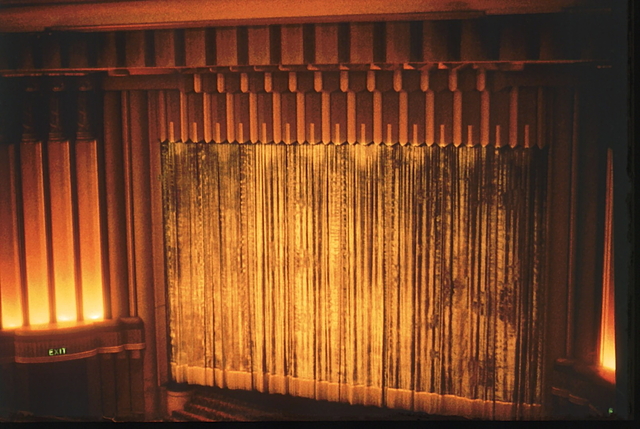 All pictures of the Metro that are posted by me except for my own neon-lit image of the exterior taken at dusk, were taken by my friend and fellow theatre/Regent enthusiast John Thiele, and are used with his permission. He of course owns their copyright.

The design of the whole theatre was entirely carried out in Loew’s (M.G.M.) architectural office in Los Angeles. It was the only theatre in Australia to have this distinction, and even had special provisions for combatting snow which has never fallen in Adelaide since British settlement in 1836. The curtain was a contour drop style made of golden velvet.