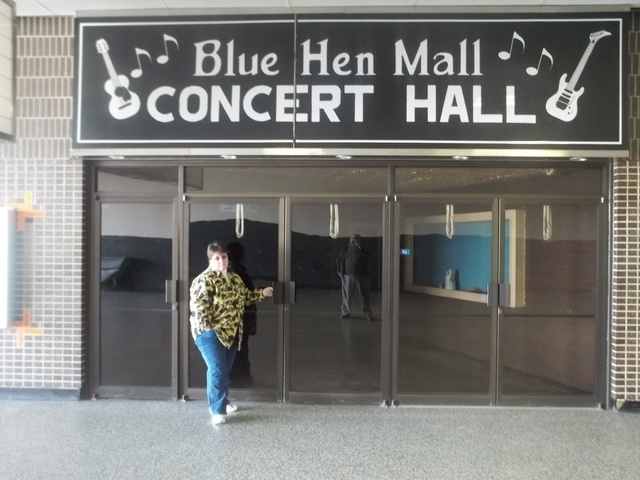 this pic was taken By myself in Jan. 2012. This is the entrance way to the theater from inside the mall. The theater has no sound or projection equipment now. The theater looks as pristine as the day it closed. My wife and I Photographed the entire theater and Mall. The Screen has a huge tare at the bottom right corner. The curtain’s and seat’s are clean and waiting new owner’s! The lobby still is Orignal and entrance way into the stadium style theater gave me goose bump’s to see it after 30plus year’s. The cry room and private party room are still intact. The Private party room had it’s own stairway and own bathroom. the cry room also had it’s own stairway entrance. the projection room can be entered from either side from the theater seats. We other then maintenance for insurance reason’s were the only one’s allowed in to take photo’s in 8 plus year’s. I thank the Mgt. at the blue hen Corporate center for their help and support to bring possible new life to the theater!