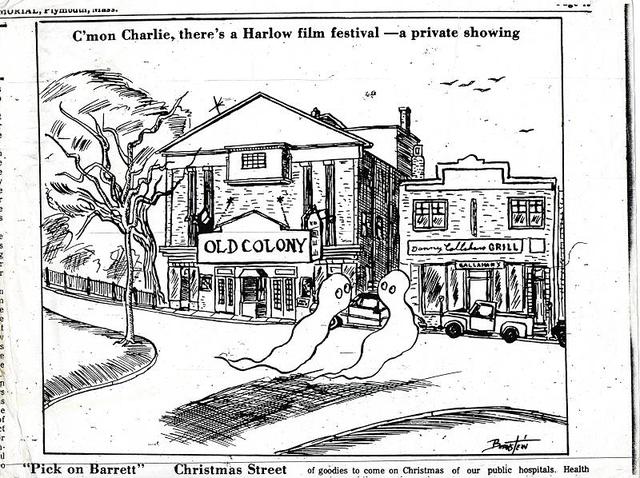 This cartoon was published in the Old Colony Memorial after two Plymouth Police officers were scared out of the then closed theater by ghosts. The police went to investigate a break in at the closed theater only to be frightened by what they claim was a movie being run and an audience sitting in the seats (the theater was closed and the projectors removed). The police dogs even refused to go into the building that night.