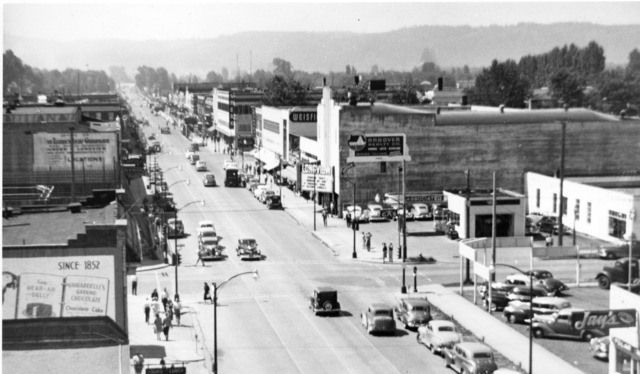 It is the late ‘40s. The stores beyond the theater were part of the Oversby Block (Mr. Oversby also had built the theater, which opened in 1942.) The large, light-colored building originally was a J.J. Newberry outlet. Later it was a discount store, and now it houses Elam’s Home Furnishings. The corner service station gave way to a J.C. Penney store in the early 1950s. Penneys later moved to the Kelso mall; the building has occupied for many years by a wood-furniture store.