The Regent at Night. 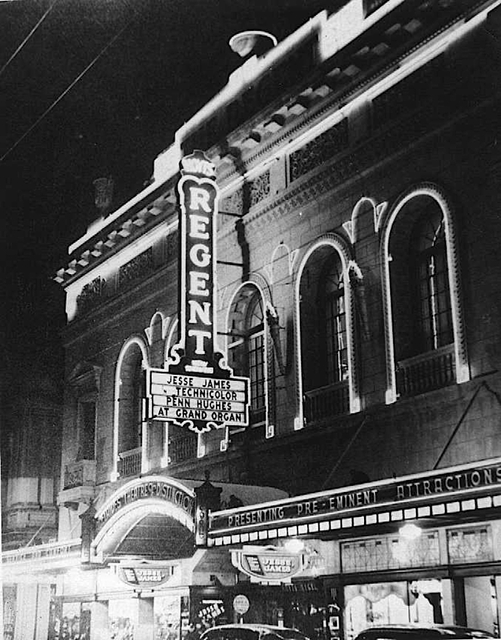 The Regent was, like very many other buildings in Rundle Street, ablaze with multi-hued neon tubing at night. It was a great joy to sit in the top deck front seat of a trolley bus (West bound overhead wires at top left) and look straight at the patrons enjoying refreshments at interval on the balcony of the Hoyts Rex Theatre and then Hoyts Regent two doors further on. Though built for and owned by Australians, including Frank W. Thring (father of the well known Hollywood character actor of the same name – Nero etc.) Hoyts Theatres were taken over by Twentieth Century-Fox. Fox President Spyros Skouras is on record as saying that their Australian theatres were well up with any in the United States. Ironically the present owners of the studio are News Limited, named for Rupert Murdoch’s first newspaper – Adelaide’s ‘News’, an afternoon and evening daily. Until a few years ago, the annual general meeting of the world-wide media conglomerate was held in Adelaide.

From my own collection, but taken for Hoyts Theatres and not to be used commercially.