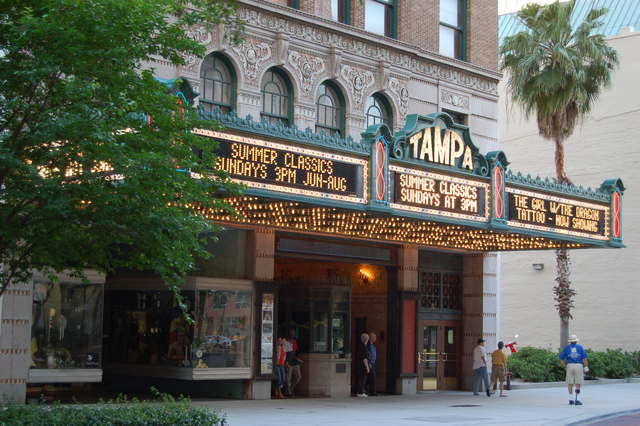 VISIT this Theatre.It is better than Disney World.

Not having been to Disney World, I can’t second the above comment, but I HAVE been to the Tampa Theatre, in 1999, to see a movie, and it is everything they say it is. It is probably the most perfect place to get the full idea of what an atmospheric theater was like, and should be like. A special treat is that the lobby spaces still have lots of original furniture, not just chairs and sofas, but ornate sideboards, cabinets, tables, and even floor lamps and a model Spanish galleon. So many restored theaters from the Twenties today lack the proper profusion of lobby furniture which originally did so much to make these theaters seem welcoming. In this respect, the Tampa is to restored Spanish atmospherics what the Oakland Paramount is to restored Art Deco theaters.