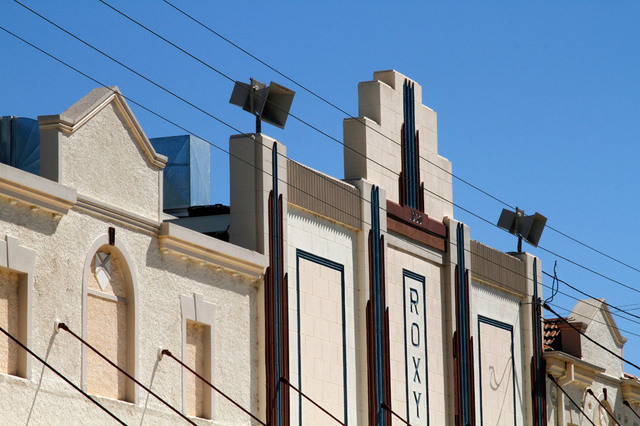 Top of facade facing Maitland Street. The extensive air conditioning was an addition made during the refurbishment of the theatre. From most angles at street level it is not even noticeable.

The speakers mounted on the top of the facade were heard for the first time in decades as part of the 75th anniversary celebrations on the evening of 9 April 2011. Both the Australian and Greek national anthems were played to a crowd of 400 people, gathered for a formal dinner, held under the stars in the street below.