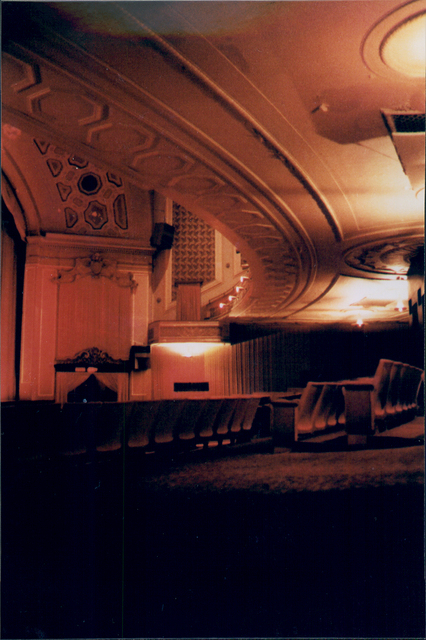 People often thought that the projection booth was “holding up the balcony”. In reality the balcony was held up by a huge brace that spanned the width of the auditorium. It was visable when they tore down the theater to build Warner Center. It was one of the first theaters in the area to have a huge balcony, but no columns holding it up (or to get in the way of viewing the screen).