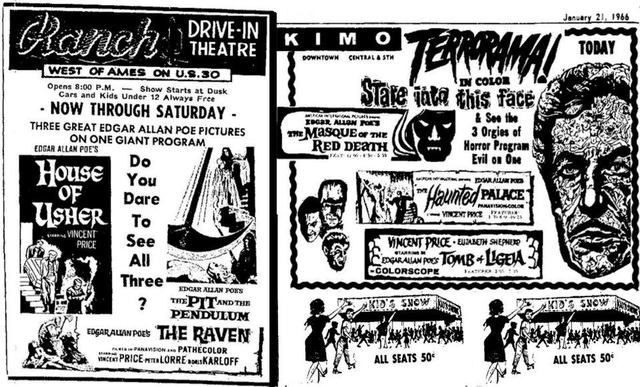 The Ranch Drive In in Magna, Utah was located on 2100 South, which later became Utah State Route 201. This advertisement is for a drive in on U.S. 30 (the number is a bit blurry.) We have a U.S. 30 in northern Utah, between Riverside and Logan, but I’ve never found a drive-in along it. There is a Kimo on Central and 5th in Albuquerque, New Mexico.