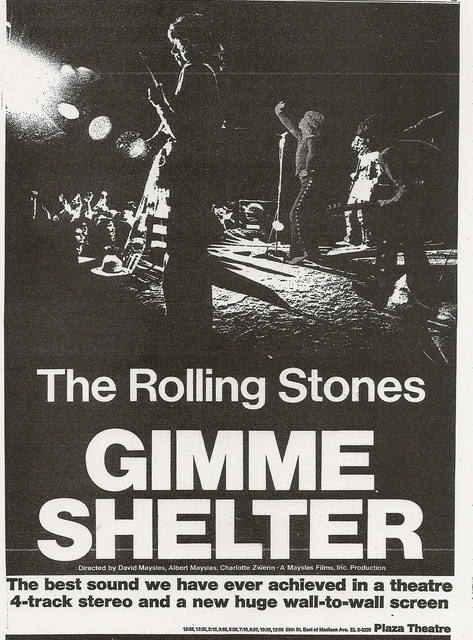 Certain versions of this poster in good condition and this size which appears to be the 45" front lobby size sell for $300 on Amazon. I have one but with a major tear and some thumb tack holes in the corners. Mine says “Altamont Changed a lot of people’s Heads”…… PLAZA THEATRE.

I have matchbooks advertising the opening of Robin Hood at the Plaza which was a gala opening. There were many old things stashed away in the balcony room and basement of the theatre.

I worked there when “Summer Wishes, Winter Dreams” played. This also was a “gala” opening with spotlights and cast attendance. Sylvia Sidney; Martin Balsam; Joanne Woodward and many others were there. Then, when “Alfredo, Alfredo” screened there (a great very funny film by the way) Dustin Hoffman showed up a few times to see how big a house we had and what the audience reactions were like. He interacted with us ushers in a very friendly and down to earth manner – – a really nice guy. Because of the location and the class the theatre had, MANY famous people visited – a long list! Even in the surrounding neighborhood one might see a celebrity from time to time. I also worked in the home office of Rugoff Theatres which became Cinema V where famous people visited and I was sent on errands to Celebrity hotel rooms or offices. It is very sad that such a beautiful, classy and historic theatre was allowed to close, but then if we could allow Penn Station to be demolished, nothing is safe. Well, I guess a theatre can’t last forever anyway. It wouldn’t be so bad if we still had quality design and workmanship, but we don’t – – nothing is made like in the old days.