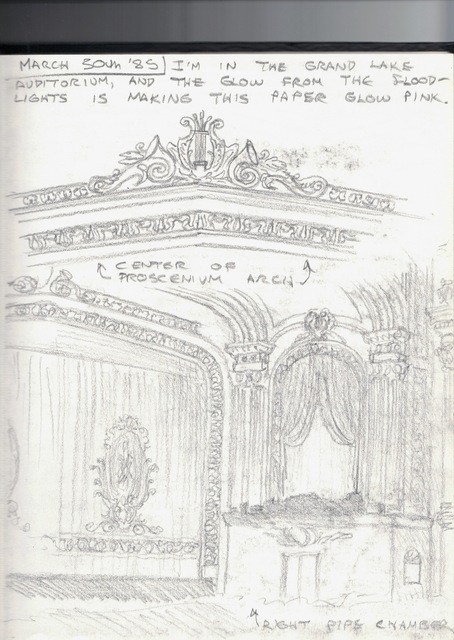 Sketch I did in 1985, in very gloomy light, of the Grand Lake auditorium. The only reason I posted this very loose and impressionistic sketch is that it shows at least a hint of the pattern that was on the original velvet curtain. I have never seen photos of it anywhere. The decorations were painted on it. The curtain had been taken down in the 1960s, and replaced with a typical National General gold curtain (perhaps this is the one now used upstairs in Screen 2, I’m not certain). However, the maintenance man at the theatre folded the original curtain up and stowed it away. When Allen Michaan took over the theatre, this maintenance man gave up his secret, and the original curtain was rehung. In around 1989, it was taken down and replaced by the center section of the San Francisco Fox main curtain, which is still there today.