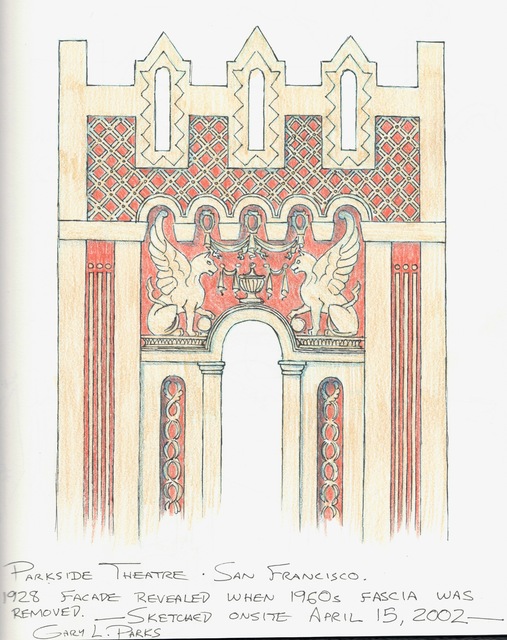 This is a sketch I did on-site, when the 60s facade of the Parkside, and the 30s facade underneath it, had been removed, exposing the original 1928 facade. This sketch can be compared to the photo posted on this photo page of the Parkside when it opened, but what I was able to show was that the original paint was still intact, having been covered over by the second facade when the theatre was only a decade old. The winged lions were simply painted on, and were still there. Unfortunately, the school which owns the building cared for the archaeological discovery not in the least, and destroyed all of it by cutting numerous windows in the facade, and painting what little remained a uniform grey.