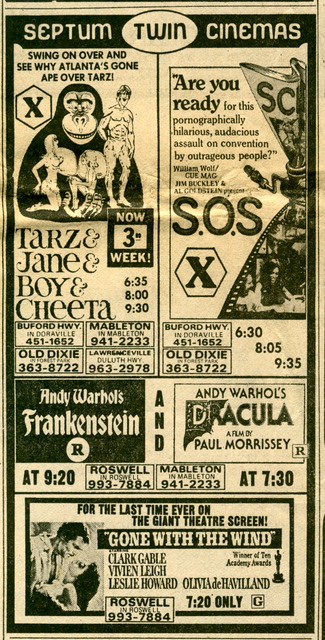 Photo: Cliff Carson This theatre (originally The Jerry Lewis Twin Cinemas) played many popular films in the 70’s, GONE WITH THE WIND, THE STEPFORD WIVES, THE OTHER SIDE OF THE MOUNTAIN, SISTERS, KANSAS CITY BOMBER, ARNOLD, THE HAPPY HOOKER and Disney’s CINDERELLA to name a few. Later The Jerry Lewis Twin Cinemas would be changed to the Septum Twin Cinemas, but the ads in the newspaper generally stayed formatted the same. At the time it was really a wonderful theatre to see a movie in.