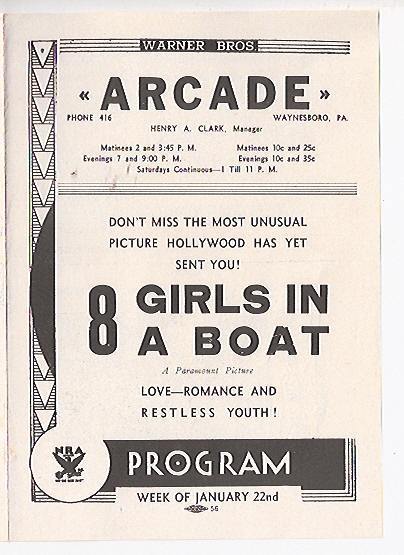 And here is Lou again, this time with a an old 1934 playbill from from the Arcade Theatre in Waynesboro, Pennsylvania. Must be traveling with Jeff.

Don’t know what this has to do with the demolished DuPage Theatre in Lombard, Pennsylvania, but it may be of interest to someone.