The Twin Towers of the General Post Office and the Town Hall. 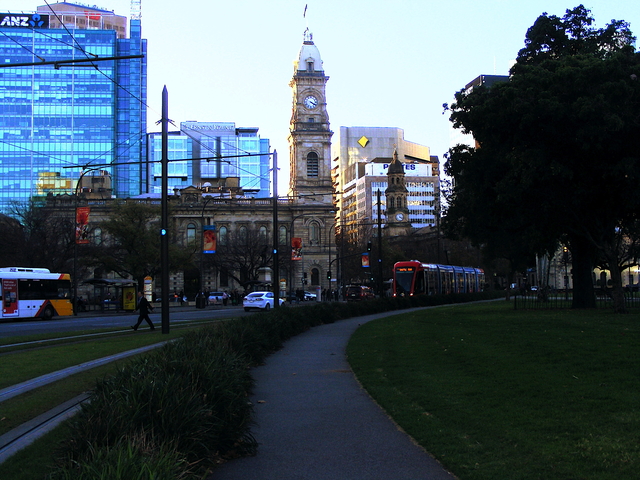 Probably the most instantly recognizable feature of Adelaide is the proximity of two fine Victorian clock towers. The GPO tower has a set of ‘Big Ben’ Westminster bells which ring on the quarter hour throughout the day but are silenced at night for the benefit of hotel guests. The Town Hall has a peal of eight bells.

King William Street is lined with plane trees and has very wide pedestrian pavements as well as three lanes of traffic in each direction and tram lines. The picture is taken from Victoria Square with the old Queen’s statue standing patiently at its centre. There are four other large squares in a ‘domino five’ pattern in the central city, which once had many cinemas. With the exception of an art house complex, their business has now gone to suburban shopping malls, but the shops and businesses, libraries, museums and art galleries still remain.