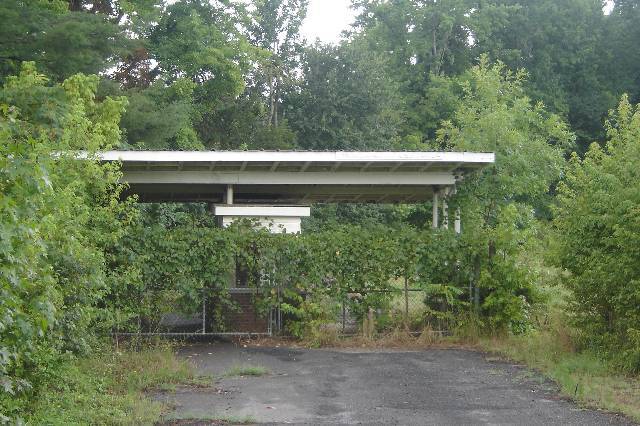 This was the Theater’s Entrance, now grown over since closing in 2004.

Shame it could not have continued on after Jim’s death and having to close then. I do not know where the name for a Manager mentioned here, But Jim Styers came over and over seen the building of the theater and was it’s only Manager ever for it from it’s opening till till it’s final closing. Fibber was never around very much at all in early years until the Winston Salem Drive-In Theater which he over saw finally closed and then he would come out occasionally and hang out as his health was failing then and then he would leave. Jim and Ms. McGee handled it entirely on their own way before after Fibber’s death. They Remained so till they both decided it was time to shut it down. Jim passed away a few years later.