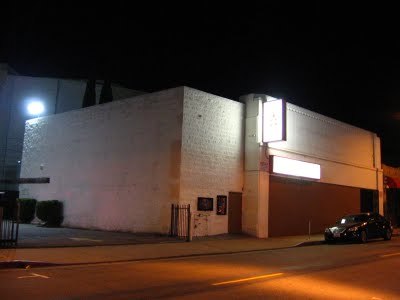 In 1972 United Artists added two small screens behind the back of their grand UA Egyptian-Hollywood, creating Hollywood Blvd.’s first triplex through expansion (rather than division). The Egyptian I-II-III was considered a single complex but the II-III annex had its own street address: 1631 Las Palmas Ave., Hollywood, CA 90028.

Unlike Ted Mann’s Chinese Twin annex, these additional UA auditoriums were not very large and added nothing to the original Egyptian’s stature or street appearance (they were not even visible from the boulevard). However, neither did they detract from the Grauman’s Egyptian building either (the same cannot be said for that despicable hatchet job American Cinematheque pulled in 1998).