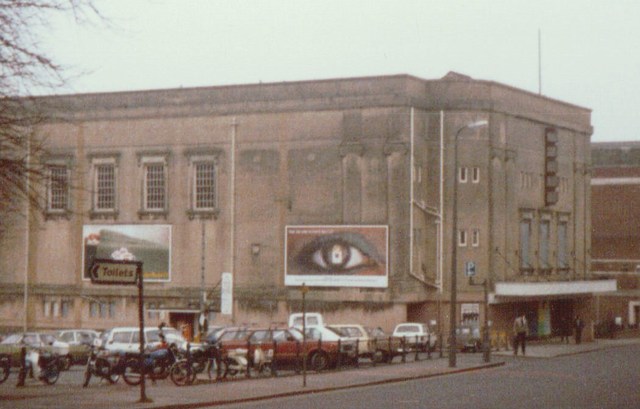 Looks like the photo was taken soon after closure by Rank in 1983 as all the Odeon signage has been removed from the canopy and frontage. The auditorium side wall also had a red neon Odeon sign above the 4 large windows which was repeated on the other side that faced the Ritz/ABC/Cannon/ABC/Odeon next door. Thanks for posting it Len Gazzard :–)