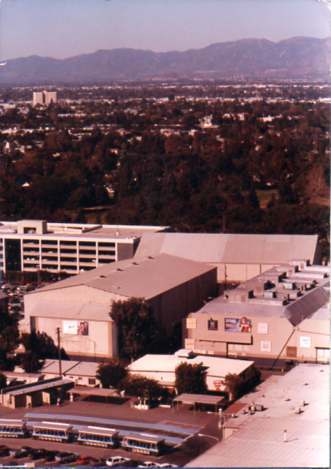 A photo of the Universal City Studios backlot which in 2012 is celebrating 100 years in business. Its many releases include President Ronald Reagan’s last film, “The Killers,” which opened at this theater on September 18, 1964, and includes a song by Columbus, Ohio West High School alumni, Nancy Wilson.