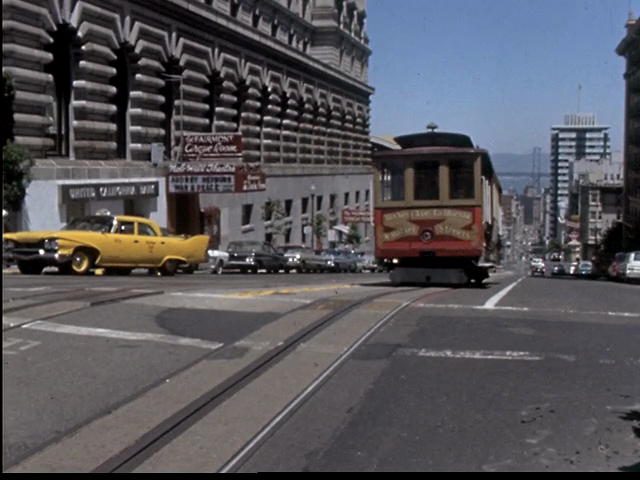 The Nob Hill Theater is visible in this photograph. The marquee reads “War And Peace” with Audrey Hepburn, which was released in 1956, but I suspect this photo was taken later than that. Perhaps it’s a re-release of the film.