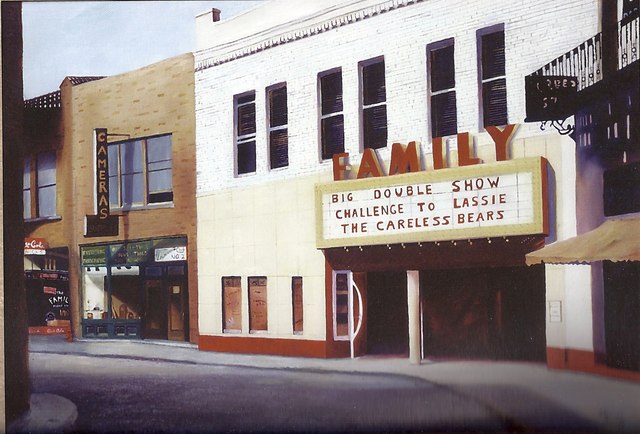 The Family Theater, 113 N. Otsego, Jackson, Michigan opened May 4, 1913. Originally owned by Frank L. O'Melay, it had a seating capacity of 800. It caught fire the afternoon of March 18, 1965, a fire thought caused by a cigarette of intruders. Although the fire was put out, the Family Theater and several other attached buildings were torn down shortly after.