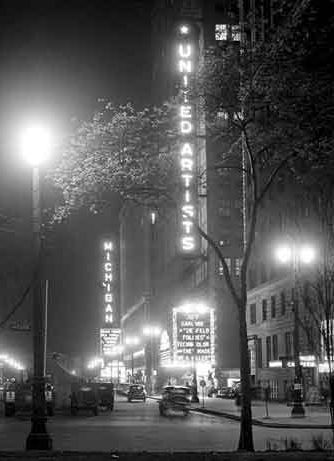 I would like to see a picture of the interior of the United Artists Theater in Detroit at the time that it was screening films released in the Todd-AO process. The theater was closed briefly before “Oklahoma!” began its run there so that a projection booth could be installed at mezzanine level and a curved screen installed at the front.